This fantastic pectoral is called Fursirú, which translates to The Flute, a representation of a traditional flute used by the Shaman, Jaibanā, during ceremonies and rituals. The Emberā-Chamí are a very spiritual people, they believe that everything and everyone has a soul, as a result their pieces are highly symbolical. The Jaibanā is an important figure for the Emberá-Chamí. He is the spiritual leader and directs important ceremonies and rituals, such as births, weddings and funerals. He uses his wisdom to heal physically and spiritually and is a connoisseur of medicinal plants and their benefits.

The patterns always carry a specific meaning, they are an open window into the Emberā-Chamí, history, culture and traditions. The top part of the necklace represents Nepono, flowers, found along the river banks used in healing rituals and ceremonies. The bottom parts represent the ancestral flute Fursirú used by the Shaman,  Jaibanā. The Emberā-Chamí believe that the rituals performed by the Jaibanā provide spiritual protection to the tribe. 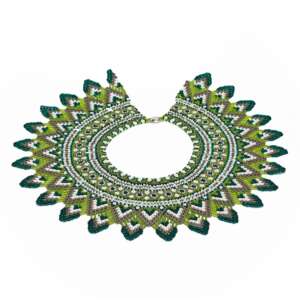 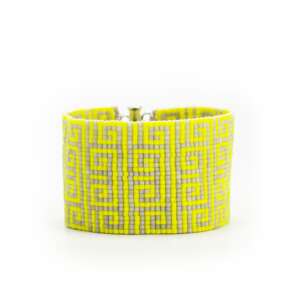 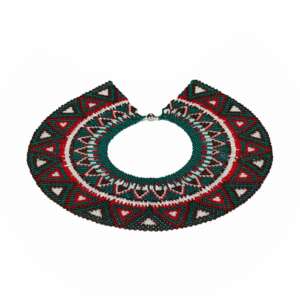